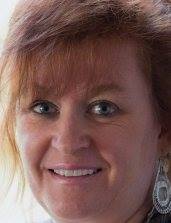 Magenta Pixie is an author and channeler of a collective energy who present as 9 White Winged beings she calls “The White Winged Collective Consciousness of Nine”. She has been receiving this information since 1993 but has now been told to release this information to other like minded souls and those known as ‘Lightworkers’.
They, The Nine, say ‘United we stand, Divided we fall’ and that it is time for the lightworkers, the mediums, the researchers, the scientists and all those with differing perspectives on the New Earth changes to come together as a collective force and bring forward their knowledge in whatever way it may be.
It is the time of the gathering of the like minded and the place you can freely network, share your information and harness that amazing lifeforce energy that is magnified so brilliantly when you are together, is here on “The Internet.”
“They” are Extra-Terrestrial yet they have aspects of themselves here on Earth. They are “us” from our future and are fluid, able to travel at will in and out of realities and dimensions. “They” are our DNA and completely match the cosmos.

About Magenta Pixie and the Nine

Magenta Pixie was born in Staffordshire in 1965 at her maternal Grandparents home. Her parents lived in Islington London where Pixie spent her early childhood.

Pixie parents were in the theater at the time of her birth; her Father was an Opera Singer and her Mother, a Ballet Dancer.

Pixie grew up around the theater and decided at an early age that she would follow in their footsteps.

She was an early talker and an early reader and at the age of seven was reading several Enid Blyton novels per week, living in a world of fairies, pixies, gnomes and magic.

At seven years old Pixie would sit at the bottom of her garden willing the fairies that she could sense and feel, to show themselves to her…she would hear a whisper within her thoughts of “One day! One day!”

Pixie had several “imaginary friends” whom she would speak with all the time.

At this age she remembered being able to move things with her mind and became frustrated why she could no longer do this as she knew that somewhere in some other time, in some other place, she once had these abilities.

At ten years old she won a short story competition and lived within her imagination either by reading fairy stories, writing them or telling herself stories by speaking aloud.

Pixie’s parents separated and Pixie moved to the New Forest with her Mother and her younger sister & brother.

Pixie started studying drama and acting and whilst she excelled in drama and creative writing she showed little interest in anything else other than science fiction programs such as Star Trek and The Tomorrow People.

Pixie met her husband at the age of seventeen, married at nineteen and had her first baby at twenty.

Unusual, esoteric and supernatural events occurred throughout the ten years of Pixie’s marriage such as out of body experiences, having visions, hearing voices, seeing people & beings & knowing things before they happened. Pixie had no understanding of these experiences that were happening to her and she was at many times confused and afraid. It always seemed to Pixie like there was something watching her & looking after her however as somehow she seemed to recover from fearful situations quickly and learn from them. Her Father at that time was practicing hypnotherapy and was a great help & support to Pixie at that point in her life.

After ten years of marriage, Pixie and her husband divorced and she moved into a flat with her brother. It was during this phase that the unusual events were bought into clarity as she discovered, unbeknownst to her, that her brother had also experienced many of these supernatural occurrences.

The difference with her brother was that he had research to back up his experiences and he introduced her to understanding certain religions, philosophies and explained events such as mediumship, clairvoyance, healing and Lucid dreaming.

The two of them embarked on a journey of discovery together and joined a local spiritualist church where they watched a medium work.

After watching that medium Pixie told her brother that she too would be a medium one day but that she would be different to the medium they had just seen. Pixie did not understand how but she knew she would be speaking to a entities in a different dimension to the one the medium spoke to and that one day she would be a “medium for other mediums” she had no idea how this would manifest.

A few days later she found a book in a bookshop called “channelling” which taught how to meet your spirit guide in meditation.

Pixie then began strict daily meditations and followed the instructions in the book on meeting your guide. It was several weeks before Pixie started to communicate with beings in meditation and eventually she met her Spirit Guide who introduced himself as “White Spirit” and presented in the form of a Zulu Warrior. He told Pixie he was from the Fifth Dimension.

At first Pixie could only communicate with White Spirit during deep meditation but eventually she began to bring him forward by automatic writing and then direct speaking followed afterwards.

Pixie’s brother would ask questions and Pixie would bring the answers through. Much teaching came from White Spirit and both Pixie and her brother were amazed at the information coming through, especially about Quantum universes and timelines and different dimensions & levels as Pixie had no prior knowledge of these concepts.

Pixie and her brother were moved into a place in their lives where they were fast-tracked through experience after experience and synchronicity after synchronicity taking them on a journey that led them to discover that there were changes occurring on the Earth. They were led to information regarding the Ascension of the Earth and of the extra terrestrial races that were here to help.

White Spirit told them that this would occur in their lifetimes and that both of them would be significant in someway in helping others at what would be a wonderful yet difficult time. White Spirit told them they had incarnated at this time specifically for this moment. He also said they were currently in a “rehearsal phase” and everything they experienced was a “practise run” for a time in their lives when this would happen for real. He told them they would be told when that time comes and they would be moved into a place in their lives where they could fulfill their mission & help others.

Pixie and her brother were excited and impatient and wanted the Ascension and the arrival of their Galactic Star family to manifest there and then.

They had no idea that it would be another fifteen years before they would start to experience the Ascension process “for real!”

Pixie remained in contact with White Spirit throughout her life and in the year 2003 White Spirit evolved into a sixth density White Winged Angelic being. Not long after that the White Winged being separated themselves into Nine identical beings…..each one with the ability to come forward separately yet they were a collective consciousness. Hence the White Winged Collective Consciousness of Nine came into Pixie’s reality and it was not until the beginning of 2008 when both Pixie and her brother were led to information & were once again having experiences very similar to that wonderful, spiritual summer back in 1993.

The two of them had often wondered if that whole experience was just some wild, crazy moment that had no bearing in reality and they both decided they needed to come down to Earth a bit. Yet they had both always known that they were here for a reason & one day that reason would make itself known.

So in 2008 they found themselves re-living that earlier time and the Nine told Pixie “Now is the time” and this was the moment they had waited for and this was not a rehearsal anymore but “the real thing.”

In April of 2008 the Nine told Pixie it was time to “go public” and fulfill her destiny by becoming a “medium for other mediums” and delivering messages from the Nine to these like minded souls who were also working for the Light and had all incarnated here for the same reason, to take planet Earth & Humanity through the Ascension process.

Pixie asked “where are these like minded souls?” and the Nine pointed to the computer…..

Pixie then started releasing her messages from the Nine in video form on you tube and took the name of “Magenta Pixie.”

And now here we are…….in the middle of an Ascension! And if you have found your way to Pixie’s messages from the White Winged Collective Consciousness of Nine then YOU are part of all this and you are here for a reason!