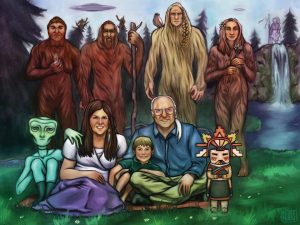 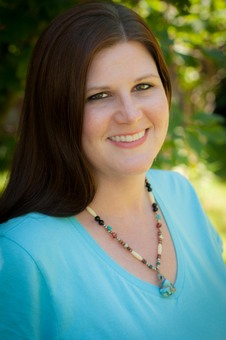 Kelly Lapseritis is a writer, editor, and publicist for Comanche Spirit Publishing along with her author husband, Kewaunee Lapseritis. In August 2016, she designed and published “The Sasquatch Message to Humanity: Conversations with Elder Kamooh” as authored and transcribed by SunBôw.

Kelly is a supernaturalist for souls of multiple dimensions and levels of consciousness. She is a lifelong experiencer of the paranormal including Extra-terrestrials, Sasquatch People, Angels and Ascended Masters, spirits, and other interdimensional beings. The Sasquatch People introduced her to her husband, Kewaunee Lapseritis MS, MH on 12/12/12, and they married 7/27/14 in Eastern Washington where they now live with her son and their hairy friends and family.

Kelly, like the Sasquatch People, is a Lightworker whom practices the ways of Native American spirituality, traditions, and medicine. Her guides teach her many of the ancient ways like Shamanism, meditation, and intention to achieve spiritual harmony, balance, and love. These practices are all a part of the wisdom that she shares and coaches to open-minded and open-hearted souls.

Kelly is also an Autism Acceptance advocate and shares the knowledge, techniques, and health information that she has discovered through her own research and also through foresight given to her through her own awesome autistic son. She also has a passion for nature, animals, and the environment and seeks to bring out the beauty and love in all things while doing what is best for the highest good of all concerned.

Kelly has enjoyed sharing and expressing herself through art, writing, and other creative outlets, and she has become well known in her community for her unique talents and assistance with the spirit realm. Her artwork has been featured in some small publications, store logos, advertisements, and articles. 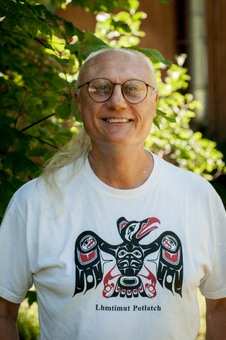 Kewaunee Lapseritis is a Holistic Health Consultant, Master Herbalist and Master Dowser with background in anthropology, psychology, conservation, and holistic health. His academic degrees are from: Greenfield Community College, Greenfield, Massachusetts; University of New Hampshire—Durham; North Adams State College, in North Adams, Massachusetts, and University of Wisconsin—Milwaukee. He also attended Williams College in Williamstown, Massachusetts. Kewaunee taught anthropology for one year at North Adams State College and later taught dowsing and psychic development at the Wisconsin Society for Psychic Reasearch—Milwaukee. As a world authority on the Bigfoot/Sasquatch phenomenon, he has meticulously researched the subject for the last 55 years. Mr. Lapseritis is also a social scientist and both a Sasquatch and ET “contactee.”

As a world traveler, an amateur naturalist, and avid backpacker with wilderness skills, Mr. Lapseritis spent five years out of the country living in England, East Africa, and Japan, later immigrating to Australia, and has visited over 40 countries around the globe. He was in the Himalayas in 1968 investigating the Yeti, or “abominable snowman.” In 1973, he conducted an ethnographic study in conjunction with the Colombian Institute of Anthropology in Bogota, living amongst the Tukuna Indians of Upper Amazonia.

In 1979, scientist Kewaunee Lapseritis was first telepathically contacted by a Sasquatch and an ET simultaneously, which was the shock of his life! To further complicate matters, the contact changed him and he developed psychic ability overnight, which triggered a spiritual transformation. At the time, he was assistant director of an urban Indian agency, and had been working as a hypnotherapist part-time, as well as lecturing at the Medical College of Wisconsin—a background that left him ill-prepared for such a happening.

Find out more about Kewaunee and Kelly on their website, Psychic Sasquatch.

Here is an In5d article Michelle Walling wrote about the Sasquatch, which includes a video with Kewaunee: