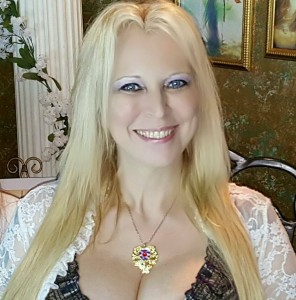 Reverend Morgana is an Angel Communicator and Psychic Medium who  co-hosts on GoogleTV ‘s, Angels Unveiled ©. She was raised in the  wilds of Africa by missionary parents. Along with looking for  healing from Fibromyalgia and Chronic Fatigue syndrome, Morgana was led to  spirituality and her work with Angels. She is a Native American Pipe  Carrier, Reiki Master Teacher,  Akashic Record Reader, Psychic  Development Teacher, Facilitator for Melchizedek Method of Healing,  Creator/Teacher of Angelic Arts © Certification Program and Co-creator  of the Angelic Institute. She is internationally known for her work as  a Medium, with Archangel Anael, her books, and group or private  sessions. Her readings help clear negative blockages like anger &  fear, leaving you feeling peace, hope and a new direction. She is the  go-to Psychic for Celebrity Lacey Wildd, Reality TV Star and Actor,  who has been featured on MTV, Inside Edition, LIFETIME,  Style  Network, TLC, and 20/20.