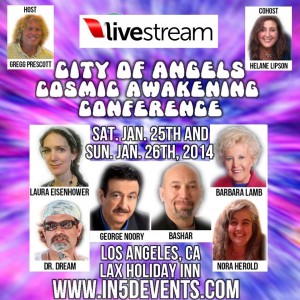 Can’t be there with us live?   No Problem!  Be there with us in spirit through Livestream.  Click the link on the right hand sidebar to purchase the Livestream for this event! Upon purchase, you will be emailed a link and a password 30 minutes before the event starts.

George Noory is an American radio talk show host. As of 2010, he is the weekday host of the late-night radio talk show Coast to Coast AM. He is heard across the United States and Canada on many AM and FM stations as well as on XM Satellite Radio.

His show is one of the most listened to overnight programs. The program is syndicated by Premiere Radio, a division of Clear Channel Communications.