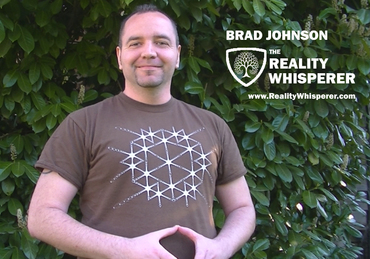 From psychic ability, channeling, healing, spiritual teaching, dream interpretation, the Akashic Records and more; Brad Johnson, the Reality Whisperer; has developed these abilities to better understand how reality interacts with us on a personal and collective level. He can show us how we can form an intuitive relationship with the reflections of reality so that we can attract outcomes that serve our true aligned nature. Brad holds a natural conscious ability to connect with what could be called the higher mind, higher self or universal consciousness. He refers to this as the “Reality Whisperer State.”A Reality Whisperer is a vessel for universal knowledge, and Brad’s profound insights represent higher mind information shared through spirit on a wide variety of different subjects.

Brad is also the personal channel of the multidimensional consciousness known as Adronis. Like many other popular channels such as Esther Hicks, channeler of Abraham, or Jane Roberts, who once channeled Seth, Brad’s channeled information through Adronis has been expressed through many of his clients as “one of the most informative, authentic, transformative and revolutionary self-empowering experiences offered online!”

Based in Vancouver, BC, Canada, Brad has developed his vast skill-set  to assist thousands of people from around the world for the past seven years of his life. Receiving downloads from higher states of consciousness within his dream state on a regular basis since 2008, Brad’s ability to navigate you through divine, psychic guidance is uniquely exceptional. Through these skill-sets developed over the years, Brad has founded a whole new approach to how one is able to utilize all of these abilities to become a Reality Whisperer.

Brad is also the founder of a new energy healing method called “Light Circuitry Attunements.”  (Formerly known as Body Regeneration Healing) He is also an author and a metaphysical public speaker and researcher.

Brad Johnson has appeared on a wide variety of media from all over the world. His knowledge and wisdom shared with others is unlike any other spiritual facilitator. Brad holds a deep quickening of understanding the entire spectrum of spirituality and consciousness. His methods as a catalyst of transformation are unique and complimentary as he is capable of working with anybody to help them discover the true greatness they hold from within… 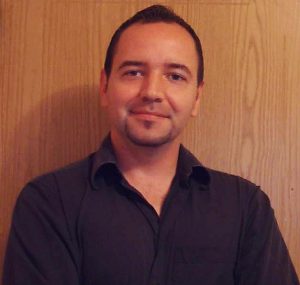 Find out ore about Brad on his website, The Reality Whisperer

Here is an interview Michelle Walling did with Brad Johnson: